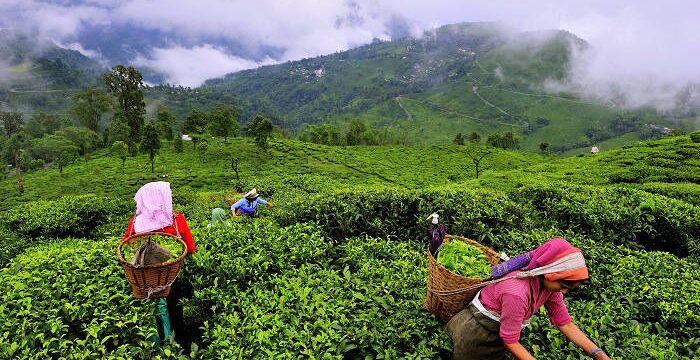 If the mountains of northern India are best explored in spring or winters (depending on the season you prefer), then the mountains of the southern states are at their best during the monsoon. While the rains do bring respite to the scorched concrete cities, I prefer to enjoy the season away from urban life, in the hills. So, the last monsoon, I decided to spend a few quiet days in the magical mountain retreat of Munnar with my better half. We flew to Kochi and from there, availed the best Munnar taxi package, which included our travel from the airport to the resort, local sightseeing, and a couple of short trips around the town over the next two-three days. 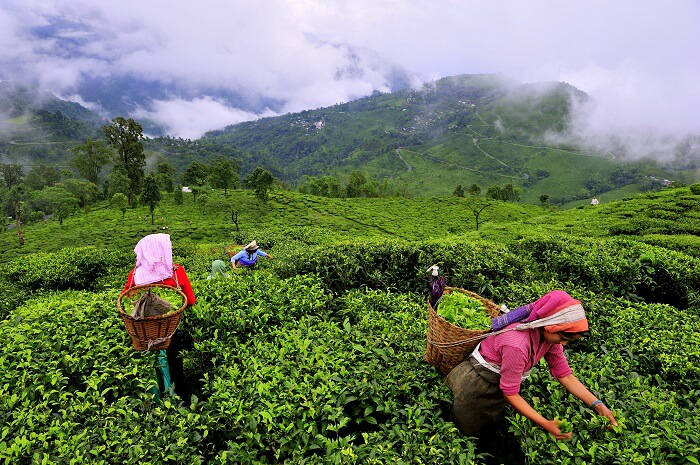 Both of us had been to Munnar in different seasons, but never in monsoon. As our car crossed the airport we caught the very first glimpse of the rain-soaked hills, and it was something I had never seen before. The overnight drizzle had left the air cool and dewy and the surroundings were greener as usual. The four-hour journey to our resort through the clean, winding roads passing through hills, forests, tea estates, and spice plantations, made for a scenic drive. At some places, the turns and bends on the hilly road were tricky. While this is no issue during the dry season, it the rains, it could get risky if one isn’t used to driving on this terrain. That’s why I always prefer to book direct cabs from Kochi airport to Munnar with experienced drivers who are used to the hilly roads.

Because we had seen the popular and ‘touristy’ places of Munnar earlier, this vacation we wanted to go offbeat and do things we never had a chance to do earlier. Over the next two days, we managed to do these activities. Occasionally it rained but not enough to hinder our plans, making it a unique experience of this heavenly place.

A trip to the farms of Kanthalloor.

Most people know about the rich plantations of Munnar. Earlier, we had visited the tea estates, spice and coffee plantations. Also, they are best seen during the winters. So, on this trip, we went to see the agricultural riches in the farmlands of Kanthalloor. This small village lies on the Munnar-Coimbatore Road, and at a little higher altitude than the town of Munnar. The main livelihood of the people her comes from vegetable farms and fruit orchards. We spoke to a few locals who happily guided us to take us around. There were cabbage patches, potato fields, strawberry shrubs, and passion fruit trees. Some bore fruits, while others were absorbing the rains for fresh growth. The farmers also sold fresh, organic produce, along with fruit-based products like wines. The farmlands were bordered by dense clusters of sandalwood and eucalyptus trees, which gave out a faint herbal aroma and made the ambiance more refreshing.

Although my wife had seen this place once many years ago, I had not. So one of the days, we drove up to Marayoor. It was about 45 KM from our resort. For those who don’t know, dolmens are burial grounds of the Celts (ancient settlers of Britain and Ireland). Many travelers from that era had explored this part of India and thus left behind traces of their culture. The megalithic stone tombs commemorated the land where the Celt travelers or settlers would have been once buried. They have remained here for ages and now make for a fascinating sight. The hills of Marayoor are dotted with these dolmens. The vast fields and the endless mountain views, and the silence made it a surreal place. People usually come here for a trek and enjoy the solitude. We walked around for a while and couldn’t stop being fascinated by the environment.

A night drive to see elephants.

I have done night safaris in different jungles around India, but never to see elephants! And I have to admit, it is a very different experience. The idea came from our driver one day who asked us about our day’s agenda and we had none. With intermittent rains, we were mostly relaxing at our resort, basking in the freshness of the season and enjoying local coffee. So when he suggested a night drive, we thought of giving it a try. It was a 40 KM drive from Munnar town. The village of Anakulam or translated as ‘Elephant Pond’ is a watering hole for elephants inhabiting the nearby forests. It is formed by a hilly stream which flows down the hills and collects in a catchment at the bottom. We lay in wait, quietly, at a distance. Slowly, one after the other, the giant adults followed by the younger ones reached the pond. It was a very interesting sight indeed.

This particular vacation to Munnar would remain one of our favorites. Whether it was the season or the uncommon things that we did, or the offbeat places we explored, it all culminated into an ethereal experience.