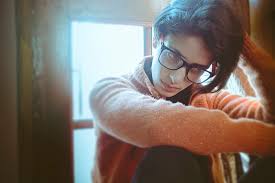 Are you angry? You might say no, but anger doesn’t always manifest itself as rage. Anger can exist quietly or be explosive. Either way, anger often masks depression and trauma that comes out in the form of discontent, rage, and aggression. Most of the time anger is just the surface of what is actually going on beneath.

The Three Types of Anger

Anger isn’t simple. It comes in three types, all of which have their own nuances. The most commonly known version is aggressive anger. These people can typically have the characteristics like being derogatory, tactless, and inappropriately honest. Individuals who are aggressively angry are often self-righteous, controlling, and think they are superior to others, which can make others feel humiliated, resentful, hurt, and vengeful. Often these people achieve their goals at other people’s expense.

Assertive anger can manifest itself as straight-forward, honest communication from a confident, goal-oriented person but that masks anger. Others might even feel valued and respected, but the anger remains. Furthermore passive anger is indirect, emotionally dishonest, and self-denying. This makes them feel anxious, helpless, and manipulated while the other person can feel guilty, superior, or frustrated. There can be a lack of respect and other people’s goals are accomplished at the expense of the angry person.

How Depression Turns into Anger

When someone is depressed, they can get frustrated, irritable, or hostile. They can feel unheard and unacknowledged. They may wonder why they aren’t seen or heard. This is how the sadness the person is feeling turns into anger. It doesn’t have to manifest itself in aggression, sometimes depression turns into a passive expression of anger. The person may not even understand that their anger is really sadness and that the deeper, underlying problems need to be handled in order to work on it. On the other hand, the person might deny anger altogether. When someone pushes their despair down, it often results in various forms of anger.

Trauma is another issue that can turn into anger. Sometimes when a person has been traumatized or abused, they may not understand why something happened to them. This misunderstanding and frustration with the people who were supposed to protect them evolves into one of the three forms of anger. Suppressed trauma may come out in depression, anxiety, anger, or all three. Anger may also be the catalyst for dealing with these problems. To work on anger is to work on all the underlying emotions that cause uncomfortable feelings.

The best way to deal with anger and its various causes is through anger management therapy. Not only will this form of counseling lead to solutions about the anger, it offers a window into the deeper issues. Whether it is trauma, clinical depression, an anxiety disorder, or another mental health issue, anger is often a representation of the psychological or fundamental problems occurring inside the individual.

It is often a symptom, not the issue itself. If you can admit to yourself that your anger is difficult to control and that it, to a certain extent, changes your life, you will have taken the first step to healing. Then you need to work on what the causes of this anger are and work through them in anger management therapy.

Think deeply about yourself. Are you angry and have trouble accessing the emotions beneath the anger? Are you frustrated about the way you feel or the way your life has turned out? It is time to get that anger under control and begin the real work and what is going on inside of you. There are reasons why you’re so angry, whether you are passively or aggressively. Admitting that to yourself is the way to start working on your anger and healing the hurt person below it.

Ryan Beitler is a writer, journalist, and blogger who has written about mental health for a variety of publications. He has worked for The Slovenia Times, Paste Magazine, Addiction Now, and more.