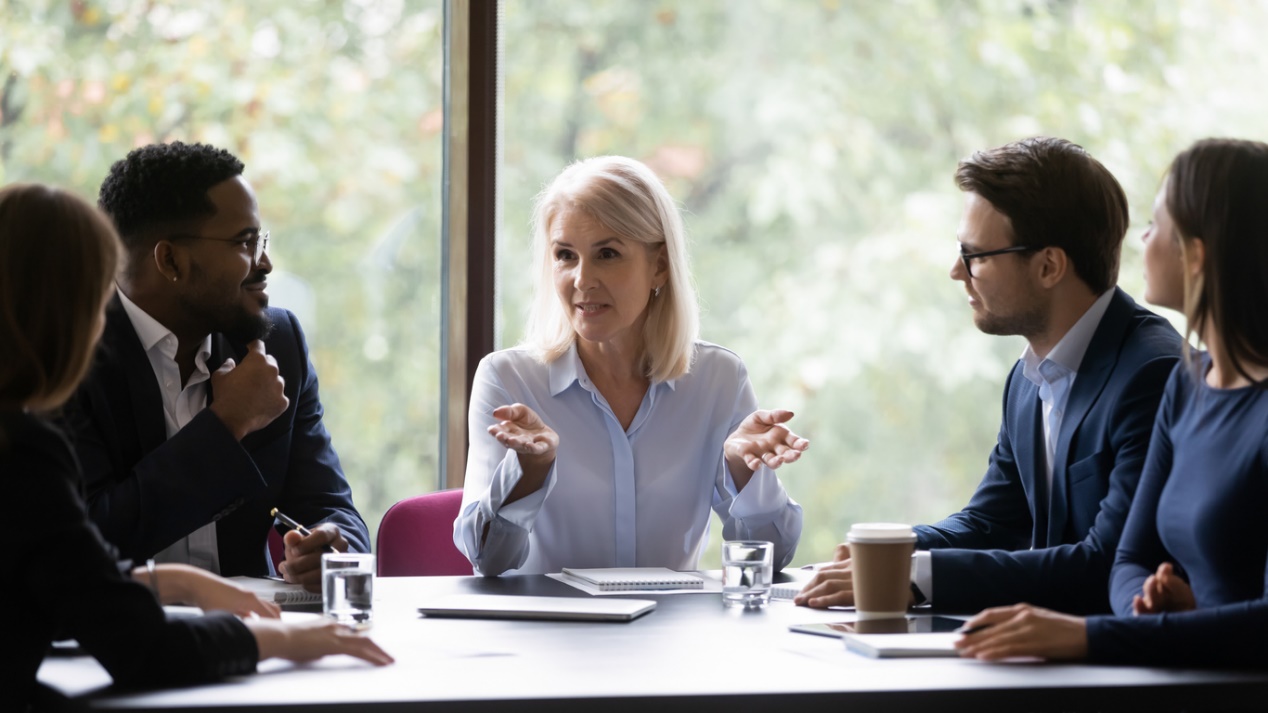 Leaders have guided humanity through countless endeavors, to both their success and their peril. What leadership actually is, like art, is a contested debate between scholars and laypeople alike. Yet the phenomenon of one person or group of people taking charge to lead others toward a desired outcome is undeniably natural and human. Leadership has taken form in the shape of chieftains, monarchs, generals, sages, entrepreneurs, researchers, and many more throughout history. Humans seem to divide themselves naturally into leaders and followers, and a dynamic can be fluid or static depending on culture, technology, and the prevailing philosophy of the time.

Similarly, leadership is either active or passive based on whether someone in a leadership position initiates or responds to change. No one person is entirely active or passive, but the sum total of their decisions and behaviors indicates a general trend toward activity or passivity. Active leaders often make quick, forceful decisions and changes but can cause increased levels of social friction. Passive leaders usually take more time to consider their options to make the best decision but may be perceived as indecisive. There is no one right way to lead, and there are advantages and disadvantages to both leadership styles that permeate the different philosophies of leadership.

Of all the different philosophies, autocratic leadership lends itself most to active personalities. It’s one of the easiest forms of leadership to imagine and one of the most traditional. An autocrat is someone who has total authority over their domain and demands obedience from those subservient to them. Thus, autocratic leadership embodies the philosophy of “my way or the highway.” In modern culture, this leadership philosophy often takes the form of a CEO leading a traditional, hierarchical company or an authoritarian head of state.

An undeniable benefit of autocratic leadership is that it can efficiently accomplish tasks. The pyramids of Giza weren’t built by people who had much of a say in the matter, after all. Orders are issued from leadership and expected to be followed to a tee. On the other hand, since the needs of those following leadership are often not carefully considered, an unflinching autocratic philosophy is not sustainable in the long term. Without a proper voice for its followers, this form of leadership can result in various kinds of rebellion, making it more effective in short instances.

From the French, laissez-faire roughly translates to, “let it be”. This philosophy of leadership is, in many ways, the polar opposite of the autocratic. Laissez-faire leadership takes a “hands-off” approach, lending itself well to more passive personalities. Leadership will provide the necessary tools and resources for followers. Afterward, followers will be trusted with the authority to rule themselves.

This follower-centric leadership philosophy is well-suited to smaller organizations with clear guidelines and roles filled by considerate, motivated, and self-reliant individuals. If group members can be trusted to fulfill their roles effectively, the organization can function more or less autonomously. The downside of this philosophy is that it can quickly become unstable. Without strong leadership to guide followers, this sort of organizational body is only as strong as its weakest link. Different group members may take their work in different directions, leading to confusion and miscommunication that takes time, money, and energy to resolve.

This style of leadership is appealing as it allows every person to have an equal voice. It can be incredibly validating to live and work in a democratic organization when it functions properly. The difficulty with democratic leadership often results from issues of scale, where, once an organization becomes large, it has to account for many diverse voices. It can be incredibly challenging to make sure every voice is heard and doing so can belabor the decision-making process. Eventually, compromises must be made, and with some voices not valued as much as others, is it truly democratic?

The remaining philosophies of leadership fall somewhere between active and passive, autocratic and laissez-faire. Bureaucratic leadership takes a more active, autocratic approach, as it functions “by the book,” favoring hierarchical, top-down authority. However, it is not entirely authoritarian as long as everyone plays by the rules. The needs of followers are taken into consideration but ultimately will be neglected for the sake of the organization if need be.

Similar again to autocratic leadership, bureaucracy can lead to incredible feats of accomplishment from the goal-oriented project momentum it can generate. If the needs of the organization are continually fulfilled, and workers remain mostly content, this style of leadership can remain intact for a long period of time. However, the rigidity of bureaucratic leadership can generate friction and dissatisfaction when things aren’t going well for constituents. It can also take a long time to adapt to emergent technologies and methodologies, which can stifle growth. The benefits and detriments of bureaucratic leadership are as well-defined and fixed as its ethos.

Where bureaucratic leadership is a rigid philosophy that strives to play by the book to achieve its goals, transformational leadership throws that book out the window if need be. This philosophy has goals and methodologies too, but they can be compromised for the sake of growth. Transformational leadership philosophy holds that the goal will only be achieved by adapting to circumstances as they arise. Change itself is seen as a necessary risk that must be continually taken to survive and, hopefully, thrive.

Entrepreneurs, innovators, game-changers, and disruptors will find comfort in the natural chaos and ambiguity this style of leadership brings about. The ability to quickly pivot to adopt new tools, strategies, and ideas is increasingly important as the world continues to change faster than ever. Though this style of leadership is increasingly suited to the modern world, it’s not without its faults. Transformational leaders that are too passive can lose sight of their original goal, and the organization may get stuck spinning its wheels. Likewise, active leaders might rashly adopt new models that invalidate previous work and steer the ship off course. A good transformational leader is disciplined and knows when to make hard calls and when to sit back and see what happens.

This style of leadership is a bit different from the others covered so far. Like every form of leadership, there is still an overarching goal that coach-style leaders are trying to guide their team toward. Like transformational leadership, coach-style leaders will also prioritize growth, but the focus is on individual growth rather than organizational or industry growth. Individual growth is seen as valuable in itself, a goal to strive for alongside organization-wide objectives.

Coach-style leadership is well suited to those whose personality is a blend of active and passive. That’s because mentorship is time-consuming and requires a lot of consideration for others. As a coach-style leader, you may sometimes need to prioritize others over yourself and the group while doing the exact opposite at other times. It’s a philosophy that strikes a unique and dynamic balance on the active/passive, autocratic/democratic scale and requires a great deal of maturity and wisdom to implement effectively.

Servant-style leadership is a blend of other styles with enough uniqueness to make it wholly its own. Like transformational and coach-style leadership, a leader operating by this philosophy seeks to accommodate the needs of their followers. The thought is that by putting others first, the goal(s) of the organization will be more effectively realized. Rather than being hands-off, though, leaders embodying this philosophy take a back-seat approach. This kind of leader tends to be more passive, but don’t confuse them for being a pushover — they simply prioritize the needs of others before their own.

Like democratic leadership, servant-style leadership facilitates environments where diverse voices can be heard. This approach can lead to high levels of team morale and deep trust between followers and their leader(s). It can be especially encouraging for members who are new to the organization, as they’ll likely see their needs met quickly and with priority. The downside is that it’s particularly taxing on the actual people in the leadership role. Like coach-style leadership, an effective servant-style leader requires thoughtfulness, tact, and resolve to put themselves last time and time again.

While it can sometimes be similar in appearance to more follower-centric leadership philosophies, transactional leadership differs most in spirit. In this philosophy, interactions between leaders and followers can be highly sanitized. The primary objective of every interaction and decision is to further the organization toward its goal. This focus is on rewarding behavior that furthers the organization’s goals and punishing behavior that detracts from them.

On the positive side, transactional leadership does have the potential to accommodate followers’ needs quite well. If a leader listens to the needs of their followers and offers relevant benefits to completing goal-related tasks, the followers will be well rewarded. Punishment for failing to meet objectives and standards set by leadership may actually increase short-term motivation in followers. On the other hand, resultant stress from repeat failure can be demoralizing and lead to heightened levels of friction in organizational culture. This philosophy of leadership permeates all the others to some degree but becomes its own unique style when the reward/punishment dynamic becomes the primary medium of interface between leaders and followers.

Leadership philosophies can vary wildly between how active and passive and how autocratic and laissez-faire they are. As the increasingly globalized world marches ever-forward into the unknown future, leadership philosophies will continue to evolve. The need for thoughtful, well-educated leaders continues to grow in communities both large and small.

Those interested in learning more about leadership philosophy and sharpening their own skills can seek education in the field. The online Ed.D. program from Marymount University, for example, will help you transform into a leader who inspires others and initiates positive change in the world around you. You’ll learn about best practices and insights from influential thought leaders. By earning an Ed.D., you will be equipped with a modern framework to generate new, innovative solutions to emergent issues in the world.

The leader/follower dynamic is a fascinating and ever-evolving aspect of all kinds of human organizations. As an equipped leader, you can even volunteer abroad to help uplift growing communities to reach their full potential. Being in an official leadership position is a deeply engaging and rewarding experience unlike any other. As a leader, you have the potential to create a tangible positive impact in the world.