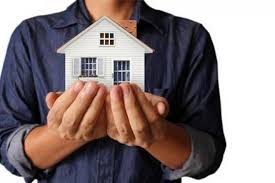 For a large section of Indian families, owning their own home has always been a dream. In a bid to help families realize their dream, the government of India came up with the Pradhan Mantri Awas Yojana (PMAY) scheme. In addition to giving first-time homebuyers an attractive subsidy, the PMAY scheme also provides women applicants with several other benefits and preferences. Here’s an in depth look at the details.

What is the Pradhan Mantri Awas Yojana (PMAY) scheme?

The PMAY scheme is essentially a Credit Linked Subsidy Scheme (CLSS) that’s provided by the government of India. According to this scheme, eligible applicants can avail an interest subsidy on home loans from around Rs. 2,30,156 to the tune of Rs. 2,67,280 depending on the category they fall under.

The Pradhan Mantri Awas Yojana (PMAY) scheme can be availed by various sections of the society including the Economically Weaker Sections (EWS), Lower Income Groups (LIG), and Middle Income Groups (MIG). By utilizing the benefits afforded by the PMAY scheme, eligible first-time homebuyers can reduce their costs related to owning their first home.

Can women homebuyers get preference under the PMAY scheme?

The primary interest subsidy benefit offered by the PMAY scheme applies to all eligible applicants irrespective of their gender. However, the government of India, in order to empower and encourage women, has also offered an additional benefit for women homebuyers under the PMAY scheme. Here is a quick peek into this benefit that women homebuyers get to enjoy under this scheme.

Ever since the introduction of the PMAY scheme, millions of applications for the interest subsidy have been filed with the government of India. With so many applications to process, there’s a high chance of homebuyers experiencing a delay in approval.

In light of this scenario and to encourage women into becoming homeowners, the government of India has ensured that women homebuyers get preferential treatment with respect to approval of their PMAY applications. Thanks to the creation of this special window, women homebuyers can enjoy a quick and easy application approval process, allowing them to realize their dreams much faster.

In addition to providing women with preferential treatment through a special window process, the government has also mandated that all applications from the EWS and LIG sections of the society carry a woman’s name as the owner or co-owner of the property. That said, this mandate by the government is applicable for new home acquisitions made by the applicants and not for existing property. Such a rule would work to not only ensure that women stay financially independent, but also help empower their lives in the process.

In addition to the specific benefits explained above, there are also many other general benefits that women get to experience by availing the PMAY scheme. Here’s a look at some of the other benefits under the PMAY scheme that women homebuyers can avail.

Thanks to the PMAY scheme, women homebuyers can avail home loans with a long tenure of up to 20 years. Having the benefit of such a long tenure would help reduce the EMI obligations considerably.

When applying for a home loan through the PMAY scheme, homebuyers are not required to pay any processing fees or charges. Under the PMAY scheme, for every approved application, the government of India is duty bound to compensate the financial institution to the tune of up to Rs. 3,000 as a lump sum payment for processing the home loan. This benefit allows women homebuyers to reduce the cost of owning a home even further.

In addition to these benefits, women homebuyers also get to enjoy various other advantages outside of the PMAY scheme. Some of them include concessions in the home loan interest rates for women applicants and waivers on stamp duty payments for registration of property ranging from 1% to 2%, provided the property is in the name of a woman. With so many benefits on offer, women homebuyers are in a better position to make their families’ dream of owning a home come true.