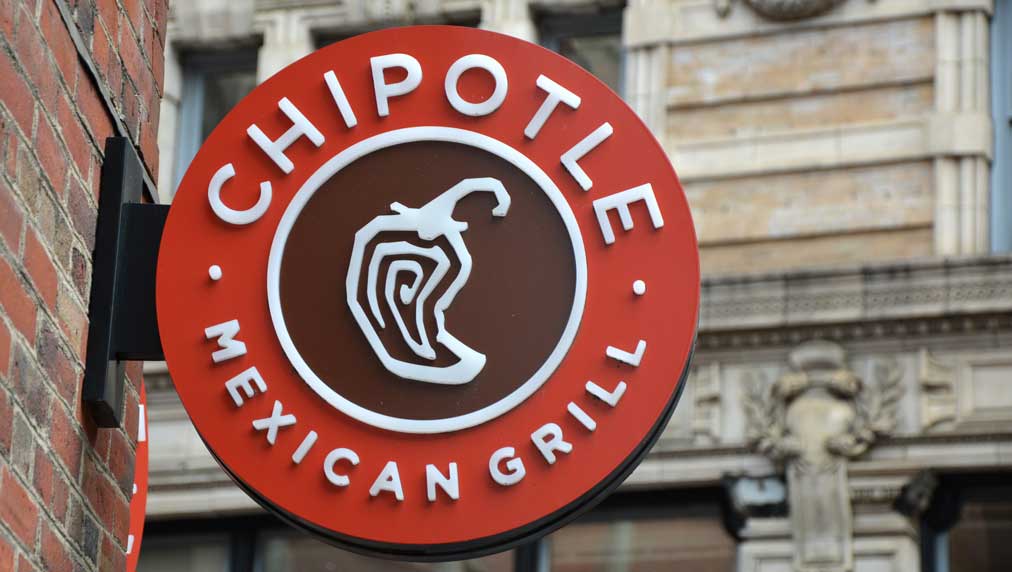 In this article, we explore 4 of the best stocks of 2021. This selection is made according to their recent earning reports and analysts’ evaluations.

On July 15, Chipotle Mexican Grill announced that it had opened its 100th Chipotlane, its drive-thru digital-order pickup lane.

On April 1, the company gave away 100,000 burritos to healthcare workers and, on April 7, announced a gift card program in which it matches 10% of a sale and donates the proceeds to Direct Relief, an organization that provides essential medical items and personal protection equipment to healthcare workers in the U.S.

Our 2021 estimate fell to $19.50 from $20.00. Our estimates reflect the near-term impact of dining-room closures due to the coronavirus pandemic and other changes in consumer behavior.

We rate the financial strength of CMG rank on our five-point scale. The company has strong cash flow and no long-term debt, and so should meet its capital spending requirements. Second quarter, Chipotle had $935 in short-term investments, a rise from the $909 it had the prior quarter. The company said it has enough cash to meet its requirements over the remainder of the year.

Chipotle does not pay a dividend on its common stock. We do not expect a dividend to be implemented this year or next, as the company will most likely retain cash to fund unit expansion.

CMG has been hurt by restaurant closures due to the coronavirus pandemic. It has also been hurt by a spate of food safety issues over the last several years, and faces substantial risks related to outbreaks of food-borne illness. The company also faces significant operating risk due to its rapid expansion, and its margins could contract if it is unable to purchase food and beverages at reasonable prices. In addition, the company operates in one of the most competitive segments of the already competitive restaurant industry.

We believe that the CMG share price inadequately reflects prospects for same-store sales improvements. The 60.3 which is their EPS estimate for 2021, is on the high end of their 10-year annual average range of 16-76, but justified, in our view, by the company’s solid long-term prospects.

The company is organized geographically into four units: U.S. (38% of 2019 revenue); South America (31%); and Eurasia (13%). AES generates revenue by selling power. Looking ahead, AES has announced a plan to use technology for outage prevention, inspection, maintenance and procurement. According to management, this plan is expected to rake in $100 million in annual cost savings by 2022. We believe that growth in 2020 and through 2022 will be driven mainly by contributions from the backlog of generating projects, cost-savings programs, and lower parent-company interest expense. Based on our expectations for lower financing costs and above average rate base growth, we project a 2020 EPS of $1.45, implying 6.6% growth. We expect continued growth next year and are reiterating our 2021 estimate of $1.52.

Andres R. Gluski became president and CEO of AES in September 2011, and has substantial experience in the global electricity industry. Gustavo Pimenta is EVP and CFO.

AES Corp., is a global power company. In addition, the company owns three regulated utilities in the U.S. AES has operations in 13 countries, including United States, Chile, Colombia, Argentina, Brazil, and Mexico.

On the fundamentals, AES currently trades at $11. Based on our expectations for consistent EPS growth through 2024, we think AES should trade above the peer average. Our target price of $24, which implies a P/E of 15.8-times our 2021 EPS estimate. This is, however, still below the industry average.

The bear case on Alphabet used to be that as users move to mobile, they would abandon search for other mobile apps. Alphabet has proved that thesis to be incorrect as mobile search has become a primary revenue driver. The newest bear argument is that Amazon’s entry into online advertising will be the Google killer. While competition in digital advertising will likely increase, this is not at all a new trend. Meanwhile, the company’s next-generation businesses, YouTube, Google Cloud, and Google Play, have all begun to generate significant revenue—though management remains mum on just how successful these businesses may be, another irritant to the market. Perhaps the greatest threat to Alphabet’s business may come from regulatory oversight both in the U.S. and Europe, which could lead to judgments, fines, or in a worst-case scenario, efforts to break up the company on antitrust grounds.

In a blog post made on December 3, Google founders Larry Page and Sergey Brin resigned from their respective posts as CEO and president of Google parent company Alphabet, and appointed Google CEO Sundar Pichai as the CEO of both Alphabet and Google. One thing the founders have not given up is their combined 51% majority controlling interest in Alphabet through super-voting Class B shares. In a postscript to the blog post, Sundar Pichai made it clear that the change would not affect either the Alphabet operating structure or the day-to-day work of the company. So, what are we to make of this change? With the advent of the Alphabet holding company operating structure and Mr. Pichai’s promotion to CEO of Google in 2015, Mr. Page stepped back from an active public management role in the company’s core Google businesses. Mr. Brin, though named president of Alphabet at the time, had not held any readily identifiable public management role at the company for many years. It is unclear how much influence Messrs. Page and Brin may have exercised (and may still exercise) behind the scenes. Mr. Pichai is a 15-year Alphabet veteran, and perhaps the last four-plus years as CEO of Google have been the testing/training ground for his recent promotion to CEO of the entire company. Messrs. Page and Brin are leaving executive management just as Alphabet faces a daunting range of challenges: multiple antitrust investigations, both in the U.S. and abroad; intense competition for internet advertising from Facebook and Amazon; issues surrounding user privacy; YouTube’s potential liabilities for endangering the welfare of children; and an increasingly restive workforce. While the CEO of Alphabet is probably among the top two or three most powerful jobs in the U.S. technology industry, it is also likely to be a pressure cooker for Mr. Pichai. One gets the feeling that just as things are heating up, a couple of the chefs are getting out of the kitchen. Google acquired the start-up CloudSimple on November 18 for an undisclosed amount. CloudSimple provides a highly automated technology for transferring VMware IT workloads to the cloud safely and without disruption, and has already worked in concert with both Google Cloud Platform (GCP) and Microsoft Azure for some time. CloudSimple will continue to work with both cloud providers after the acquisition. The CloudSimple acquisition follows a number of recent acquisitions to bolster GCP, which, though growing rapidly, has lagged well behind industry leader Amazon Web Services (AWS) and second-place Microsoft Azure. According to recent data from industry tracker Gartner, GCP has only a 5% market share compared to 16% for Azure and over 40% for AWS. These acquisitions suggest that Alphabet/Google management sees the hyper-scale cloud market as a critical growth opportunity that it is unwilling to cede to larger rivals, and their management is committed to catching up to the market leaders or at least, holding its position as a close follower. Our 2019 non-GAAP EPS estimate is $60.74 and our 2020 forecast is $63.64.

September 22, KBH reported 3Q20 as record-low rates stoked demand amid constrained supply. 3.1 company’s markets. Particularly at the price points where KBH sells. The company’s average selling price was $385,000 in 3Q. Homebuilding revenue of $995 million was down 14% to $920 million. The company is trying to open 30 new communities in 4Q and add 135 new communities next year. Expectations were high with recent strong orders from M.D.C. Holdings and record levels of builder sentiment. The company seemed comfortable with the prospect of bringing cycle times back to a normal six months, but the wildfires in California could cause some short-term delays as utility workers may be redeployed. Some of the strong orders in July (+23%) and August (+50%) may not be delivered until 1Q21. There were also some questions during the conference call about the 4Q gross margin guidance. Some of the factors that may weigh on 4Q gross margin are that some deliveries from high margin communities were pulled forward into 3Q. Another factor is that there may be some additional costs in 4Q as the company tries to boost the community count in early FY21. Management was actually upbeat about the possibility of delivering a gross margin above 20% in 4Q as well as in 3Q. There have been questions in the investor community about high lumber prices. KBH said in the 3Q release that it has had success in raising prices and that could be beneficial with cost increases on the horizon. In 3Q, the company made an operating profit of approximately $37,000 per home, 23%. The company’s guidance for FY21 revenue of $5.1-$5.5 was above our pre-release estimate.